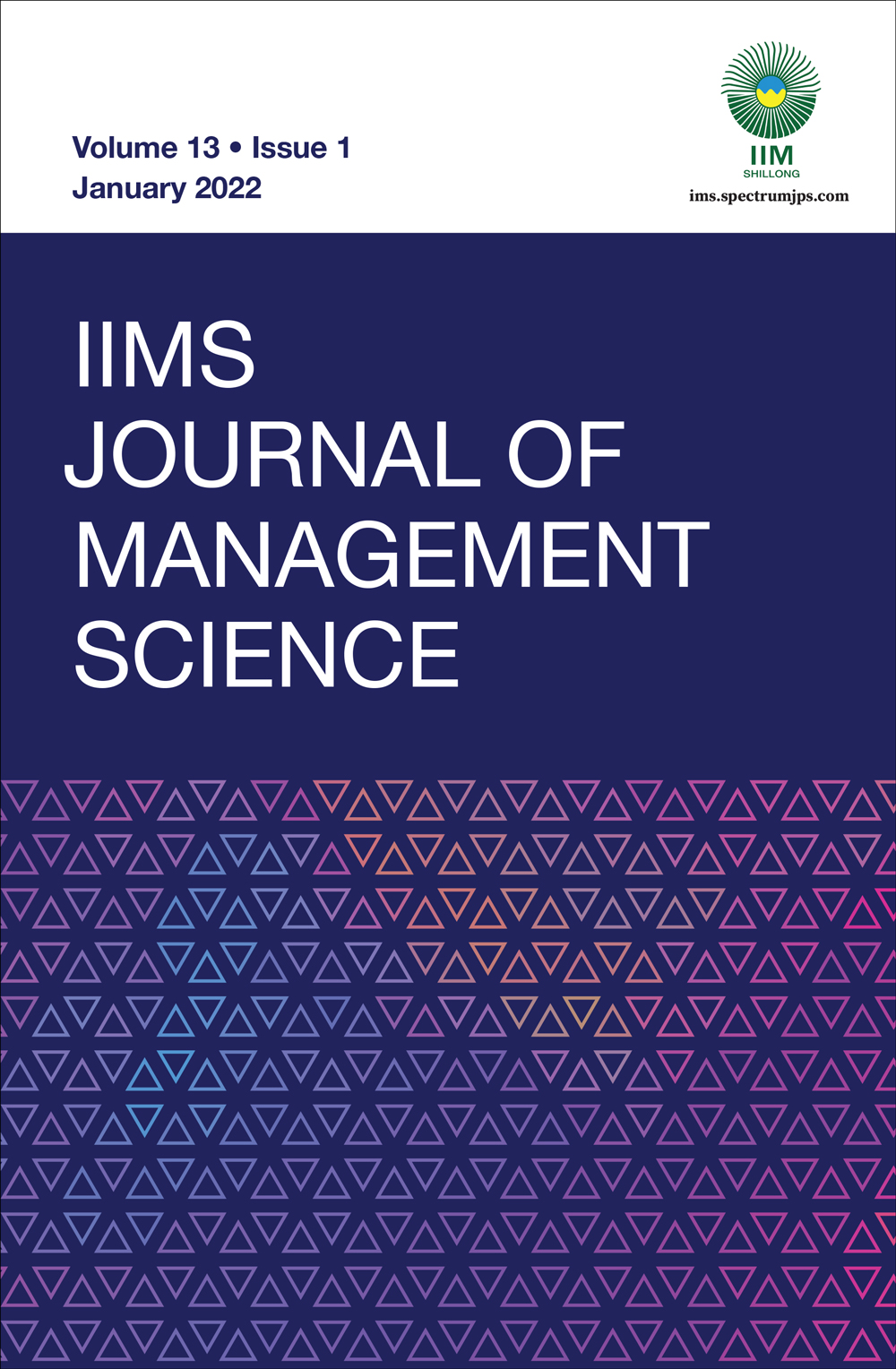 Among the wisdom literature the world over, Shrimat Bhagavad Gita has a very unique position and is of immense significance—both spiritual or philosophical and empirical or functional. Illustrious scholars and thinkers across countries, cultures, and time have searched for insights and direction and found their answers and solace in this book. In the West, scientists such as Warner Heisenberg and Robert Oppenheimer, American Transcendentalists such as Henri David Thoreau and Ralph Waldo Emerson, literary masters such as T. S. Eliot and Hermann Hesse, philosophers and psychologists such as Aldous Huxley and Carl Gustav Jung, among many others, have drawn inspiration from this celebrated text and that has been documented in their works. In India, classical philosophers such as Adi Shankaracharya, Ramanuja, and Madhwa handed down to us their own commentaries and interpretations for future studies and research. Among the modern seers and spiritual masters, Swami Vivekananda, and especially Sri Aurobindo, have enlightened us with their profound insights and also practical guidance from the Gita suited to our times.

Beyond the domain of pursuit of knowledge, there have been great Indian leaders such as Gandhi and Tilak, former Indian Presidents such as Dr S. Radhakrishnan and Dr A. P. J. Abdul Kalam who have written and highlighted the significance of the Gita in their writings and discussions. Even in the field of management, leaders of thought and action, academics and practitioners across the world have referred to this scriptural text to draw inspiration and insights into leadership and teamwork, personality development and motivation, counselling and communication, values and ethics, decision-making and conflict resolution, as well as stress management in times of crisis. The uniqueness of the Gita as a remarkable exception in the genre of spiritual literature is that here the highest wisdom on life and work has been transmitted by the Divine Master (Shri Bhagavan) to the protagonist disciple (Arjuna) in a moment of acute crisis in a battlefield where a violent drama of death and destruction was waiting to unfold. Just before the beginning of the battle of Kurukshetra, Arjuna was facing the crisis (orchestrated and perpetrated in a planned manner by the Lord) arising out of a conflict of values: rational versus emotional. The universal appeal and relevance of the Gita is that the crisis and the message of resolution thereof are applicable to one and all in the battlefield of life, across time and space, and traditions and cultures.

The discipline of management and leadership is no exception. There had been several veteran management academics such as S. K. Chakraborty, Gouranga P. Chattopadhyay, Subhash Sharma, among many others, who have written extensively on this subject. Of late, a significant contribution in this domain has been made by the Debashis Chatterjee, Director of Indian Institute of Management (IIM) Kozhikode, in his insightful book, Timeless Leadership, highlighting 18 Sutras of the Gita for leadership excellence worldwide.

Ace V. Simpson, the author of the present book under review, who was introduced to the Gita by his father at the age of five, is an eminent Reader in Human Resource Management and Organizational Behavior at Brunel Business School, Brunel University London. In the Preface he has clearly mentioned that the main purpose of this book is to present his ‘Linked Leadership Model’ derived from the perennial Indian concept of yog (union). Along one dimension, a linked leader is linked or connected with himself/herself through “self-leadership” while with the world or others through “servant leadership.” Along the other dimension, he/she is connected with the environment through “holistic systems” while with the Divine through “higher purpose” (p. x) adequately illustrated with a diagram (p. xxi). This model is the author’s original contribution to leadership literature and has been discussed in detail in the last chapter (Chapter 19) of the book.

The book has been divided into three sections, following the traditional approach to the text, each comprising six chapters though the theme and focus of these sections as presented in this book are different from the focus in interpretations by other authors or commentators. The author has candidly admitted in the Introduction that his purpose is to present a literal translation of the text and explore the inferences on leadership without trying to delve into the metaphysical claims on the text. His exploration has been prompted by an attempt to search for directions and guiding light at a time of alarming ‘crisis of faith in leadership’ (p. xiii) of values and ethics, as evident from questionable business practices including stakeholder relationships.

The merit of the book is that it follows a structured approach that suits the modern managerial orientation and leadership imperative. The author deals with a particular theme, covering one particular aspect of leadership, in each of the 18 chapters. There is then a subsequent systematic evolution of the chapter through a number of sub-themes, each comprising a number of verses in that chapter, in a chronological sequence. After completing the translation of the verses under a sub theme, the author engages in ‘Reflections’ where he presents the leadership insights and applications drawn from that sub theme. Finally, he concludes each chapter with a Summary of Leadership Lessons drawn collectively from the Reflections of each of the sub themes. The use of tables to illustrate many aspects of the wisdom and the categories thereof (like the impact of the three gunas on knowledge, action, motivation, food, penance, sacrifice, etc.) across the chapters of the books will be useful for leaders in the present organizational context. The practical and experiential aspect of the wisdom of the Gita, as illustrated in Tables 6.2 and 6.3 (pp. 100, 102), giving details of the processes and benefits of meditation (yog), deserve special mention in this regard.

Another merit of the book is that the author has given a complete and lucid translation of the 700 verses of the original in Sanskrit. While translating the text, the author has also honestly and rightly confessed that many of the classical Indian terms (in Sanskrit) like karma cannot be adequately translated because of a paradigmatic difference between the Western and ancient Indian tradition and thought. This is indeed true because a loose and causal translation in the conventional manner often dilutes the original meaning and lends a millennia old wisdom literature and its messages subject to misinterpretation and instrumental use of such wisdom purely for purely commercial gains losing out entirely on the deeper significance of insights into meaning of work and purpose of life. We hope that Simpson’s erudition in Indian philosophy and respect for the ancient wisdom will be a safeguard against any such attempts in dilution or manipulation.

A few observations may be pertinent here. The original Indian word is yog not yoga as abundantly used and grossly misused today and largely commercialized and instrumentalized even in the field of business and management. Use of the original word may help in authentic presentation, proper interpretation, and wholesome application of the wisdom of the Gita. The author had admitted the problem of translation of the spirit of the original Sanskrit terms in the beginning. In the same vein, one may observe that the deeper meaning of the three gunas—sattva, rajas, and tamas—cannot be captured by goodness, passion, and ignorance only. There are more profound and functionally important connotations of these three psychological forces along multiple layers of our understanding or consciousness. The seminal lifelong contribution of the late Professor S. K. Chakraborty, Founder-Convener, Management Centre for Human Values (MCHV), Indian Institute of Management (IIM) Calcutta, has been documented in his prolific writings covered in his several books on this subject. Absence of mention of his monumental and most significant work on this subject in management and leadership has been a glaring omission in the References.

But all this does not demean the merit of the book. Simpson has made a timely and significant contribution to the spectrum of management and leadership literature, adding value particularly to the discipline of Human Resource Management and Organizational Behavior. This book will be useful to thinkers and practitioners in the field of management, both in terms of concepts and applications, committed to grooming ethically enlightened, socially responsible, and ecologically conscious future leaders for organizations worldwide through authentic synthesis of the principles and practices of modern management with the timeless wisdom and pristine messages of the Bhagavad Gita.

An episode from academic life comes to mind, narrated by Dr Subir Chowdhury, former Director, IIM Calcutta. He was on official trip to UK during which he found some time to visit his former university from where he had completed his PhD in Operations Research (OR). He also paid a visit to his supervisor, then a retired Professor who was a doyen in the field of OR. When he met him in his residence, Dr Chowdhury found to his utter surprise that the veteran academic was reading the Bhagavad Gita. When asked why, a prompt retort came from the old man: “I fail to understand why you people send your students here to study OR when such an authentic book on decision making is available in your country and culture.” Dr Chowdhury was stunned to silence. Later he became the prime force behind the creation of MCHV, IIM Calcutta that was the most comprehensive and globally acclaimed pioneering venture to enrich the field of management with insights from the millennia old Indian ethos and Bhagavad Gita as a primary source of its inspiration.

From the corpses of soldiers killed in the Second World War in Europe were found translations of the Bhagavad Gita; it is not just a Hindu religious text or an Indian spiritual literature but a psychological handbook for mankind in an hour of crisis in the battlefield of life. 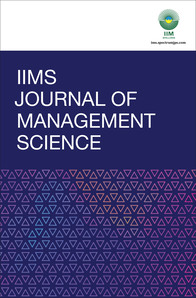 Most Downloaded
Make a Submission Order a Print Copy